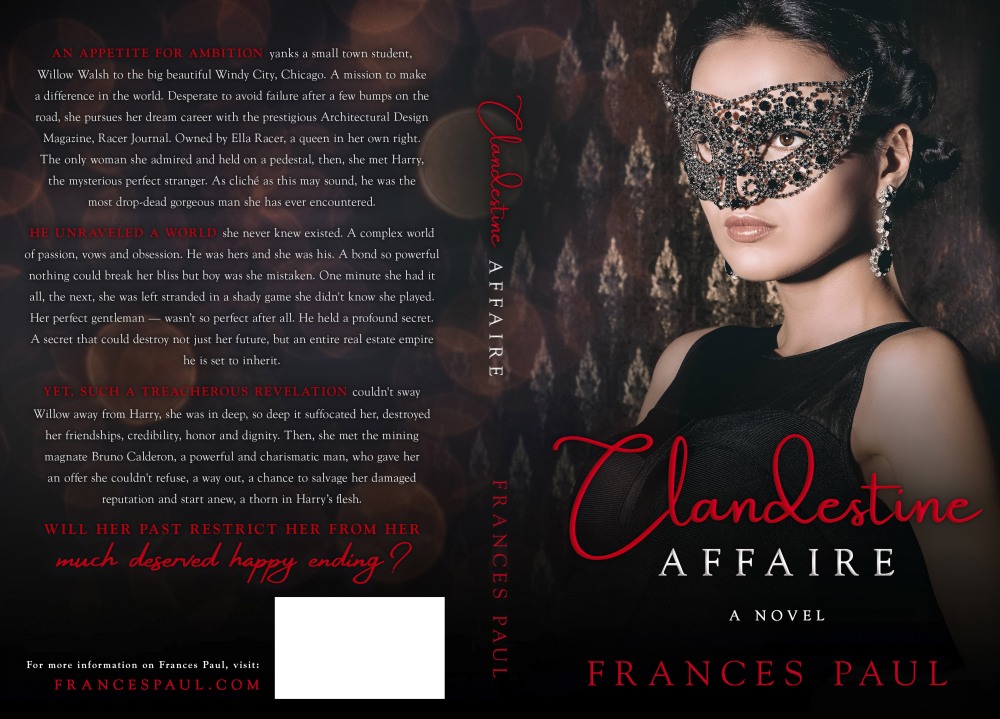 An appetite for ambition yanks a small town student, Willow Walsh to the big beautiful Windy City, Chicago. A mission to make a difference in the world. Desperate to avoid failure after a few bumps on the road, she pursues her dream career with the prestigious Architectural Design Magazine, Racer Journal. Owned by Ella Racer, a queen in her own right. The only woman she admired and held on a pedestal, then, she met Harry, the mysterious perfect stranger. As cliché as this may sound, he was the most drop-dead gorgeous man she has ever encountered.

He unraveled a world she never knew existed. A complex world of passion, vows and obsession. He was hers and she was his. A bond so powerful nothing could break her bliss but boy was she mistaken. One minute she had it all, the next, she was left stranded in a shady game she didn’t know she played. Her perfect gentleman —— wasn’t so perfect after all. He held a profound secret. A secret that could destroy not just her future, but an entire real estate empire he is set to inherit.

Yet, such a treacherous revelation couldn’t sway Willow away from Harry, she was in deep, so deep it suffocated her, destroyed her friendships, credibility, honor and dignity. Then, she met the mining magnate Bruno Calderon, a powerful and charismatic man, who gave her an offer she couldn’t refuse, a way out, a chance to salvage her damaged reputation and start anew, a thorn in Harry’s flesh.

Will her past restrict her from her much deserved happy ending?

Note: Pre-order will be available at all major online bookstores soon!